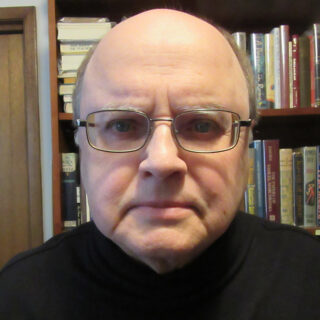 Richard Davies is a U of A grad who taught senior high English for 30 years. 50 of his textbooks and guides have sold over a million copies and been variously authorized for classroom use in each Canadian province. He also was a singer-musician-leader of many groups from 1968 to 2003. Richard has been a long-time Stroll of Poets member and read with Spiritus, a local performing poetry trio in the ’90s. His own chapbooks include Negative Capability, The Rest of It, and – just out – OPUS (in Six Suites). His poetry is known for its humor, romance, and quirky irony.