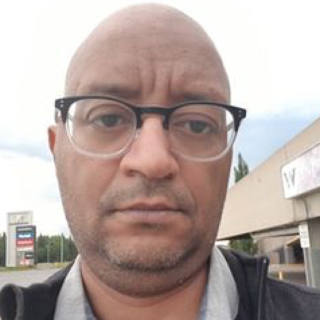 Yasser Abdel-Latif is a writer and poet from Cairo, Egypt. He has lived and worked in Edmonton since 2010. He has published four fiction books, two poetry collections, and translated many literary works from French and English into Arabic. He writes mainly in Arabic although his works have been translated into English, French, German, Italian, and Spanish. He has participated in literary events and festivals in France, Spain, Colombia, Germany, Netherland, Malta, and United Arab Emirates. Abdel-Latif was a resident of the International Writing Program (IWP) at the University of Iowa in 2009. His debut novel, Law of Inheritance (2002), won the Sawiris Prize in 2005 in the young writers’ category. His collection of short stories, Jonah in the Belly of the Whale, won the same prize in the category of prominent writers in 2011.