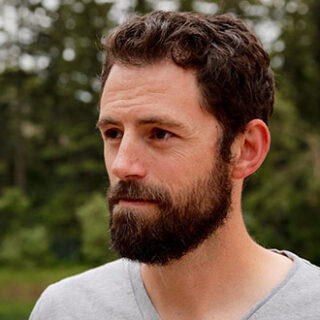 An Edmontonian by birth, but raised and currently living in Calgary, Tyler Perry is a poet and English teacher who has traveled as far as Japan to perform his poetry, and is thrilled to be returning to his birthplace to take part in the Edmonton Poetry Festival. He completed his B. Ed. at the University of Alberta and his Master of Fine Arts in Creative Writing at UBC, and his work has appeared in anthologies such as Home and Away: Alberta’s finest poets muse on the meanings of home, and in literary magazines such as Arc, Descant, and The Prairie Journal. Tyler is one of the executive organizers of Alberta’s provincial high school poetry slam competition, Can You Hear Me Now?, which is running for its fourth consecutive year this coming April and is open to all junior and senior high school students across the province. His is the author of two books of poetry: Lessons in Falling (B House Publications, 2010) and Belly Full of Rocks, (Oolichan Books, 2016).