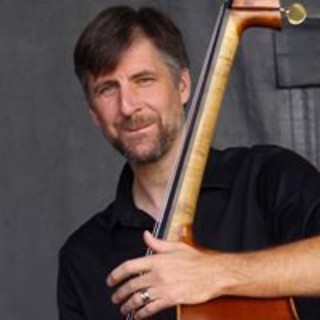 Thom lives, performs and writes music in Edmonton, Alberta, Canada. As a string bassist, he can be heard on recent recordings by Robin Hunter & the Six Foot Bullies, You Just Gotta Get Used Of It and Andrea House, The Same Inside on which he arranged a song for string quartet as well. Thom has performed on records by guitarist and oud player George Koufogiannakis, Generations: Greek Oud Jazz which was nominated for a Canadian Folk Music Award in 2009, as well as Scott Cook’s This One’s On The House. He continues to perform extensively with the multi-cultural band Le Fuzz across the province and westward.

As a composer he has released a six-movement suite: cynsen32 for two violins and piano, performed by the Warszinski Trio (Canada), on the recording Devil’s Dance on Clef Records. Other recent compositions include the first draft of his opera: The Convenience Egregore, the premiere of May for Saxophone and Chamber Orchestra, and of his most recent composition: Noosphere.

Thom will be part of Archives of Absence.