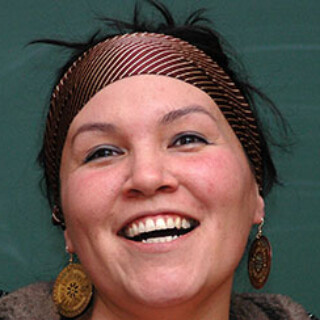 Taqralik Partridge is a writer, performance poet and Inuit throatsinger originally from Kuujjuaq, Nunavik – Northern Quebec. Her spoken word has been featured on CBC radio, and she has performed at numerous venues in Canada and abroad  As an Inuit throat-singer, she has toured with the Montreal Symphony Orchestra and performed with ensemble Gabriel Thibaudeau to accompany silent films in Belgium and Luxembourg. Her short story, Igloolik won the Quebec Writing Competition and has recently been published in French-language and Swedish anthologies.