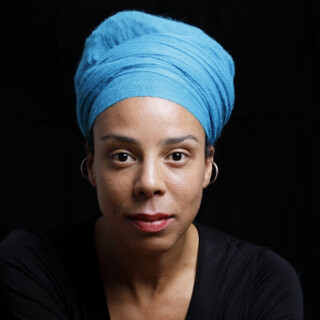 Tanya Evanson is an interdisciplinary artist originally from Montreal now based in Vancouver, BC. Rooted in poetry, she spreads into spoken word, music and dance.

Since 1995, she has produced five poetry chapbooks, two spoken wor/l/d music CDs The Memorists (2008) and Invisible World (2004) and performed extensively in Canada. She has also featured in anthologies, on international musical recordings and the award-winning videopoem Almost Forgot my Bones (2004).

A classically trained Whirling Dervish since 2002, she toured Europe, Turkey and Japan for many years from her base in Istanbul and now continues in Canada. As arts organizer Mother Tongue Media, she produces events that bridge disciplines and cultures like the Tales of Ordinary Madness spoken word series, Under the Griot Tree festival for Black History Month and the recent live art event ANU 8-HUNGER (2010). Open your arms if you want to be held. www.mothertonguemedia.com

Tanya will appear at Get Carried Away: the Poetry Party, Mysticism and the Secret Language $10, and Writing Under The Influence $20 / $35.