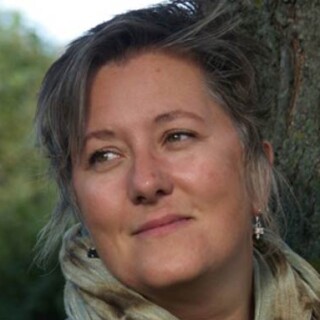 Sydney Lancaster is an Edmonton-based visual artist & writer. Her mixed media assemblages, drawings, photographs, and sculptures examine our sense of place and belonging (or lack thereof). Lancaster has exhibited in solo and group shows in Edmonton, Calgary, Toronto, Ottawa, and St. Albert, and curated CORTEX: a multidisciplinary event for the EPF in 2006 & 2007.

Her recent projects include: the collaborative multi-media and chapbook project Archives of Absence (with poet Catherine Owen) launched at EPF 2011; Make:Believe – a sculptural installation & EGG – a sculpture-based ritual/performance (with poet Jannie Edwards); and new work for Lost and Found, exhibited December 2011 – January 2012 at the Art Gallery of St. Albert. She is the 2012 Artist in Residence at Harcourt House artist-run centre, and will exhibit NEST there in October 2012. More at www.sydneylancaster.com.