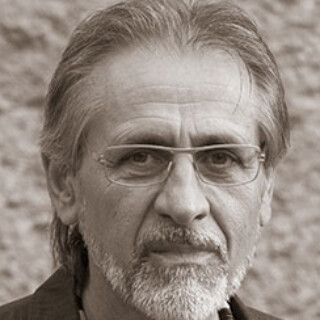 Stephen T. Berg describes himself as a “disappointed hippy, approximate monk, writer and poet.” He lives in Edmonton and has worked for Hope Mission, a social care agency for homeless people, for the past 25 years. He has read his poetry and staged performances of his words in several venues since 2005. His work has appeared in such publications as Orion, Earthshine, Geez, Prairie Messenger, and the Edmonton Journal’s Religion page. The poetry in Berg’s recent and first book of poems, There Are No Small Moments, published by The Rasp and The Wine, is described by author Trevor Herriot, as, “…leaping from the page like flames from the fingers of the desert monk.”