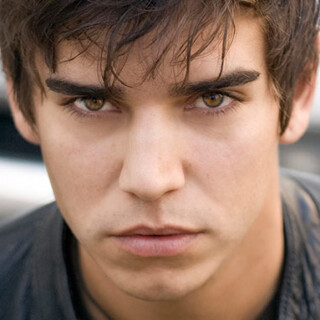 Ryan Cunningham is a board member of the national arts service organization, IPAA (Indigenous Performing Arts Alliance) and a National Working Group member of NANAA (National Aboriginal Network of Arts Administrators). He has been very active in the creation and production of new Aboriginal works across Canada for the last 10 years. He has been working professionally on the stage and screen for nearly two decades. Most recently Ryan played the role of Oswald in the All Aboriginal cast of King Lear at the National Arts Centre of Canada. He is a founding member of The Agokwe Collective and co-producer of the 2012-2013 National Tour of the 6 Dora award-winning production; Agokwe by Waawaate Fobister. As an actor he has been involved in the creation, workshop and initial productions of four published Canadian Aboriginal plays; Dreary & Izzy by Tara Beagan, Stretching Hide by Dale Lakevold and Darrell Racine, Suicide Notes by Ken Williams and Annie Mae’s Movement by Yvette Nolan (and one non-Aboriginal play; Next Years Man Of Steel by David Belke). Over the last 14 years Ryan has co-produced and co-directed a number of plays and founded a successful promotions and event company in Toronto called Kimosabee Productions (2000-2006). Ryan can be seen later this year in the third season of the award winning APTN television series, Blackstone, reprising his role as Darcy Douglas. Also for TV & Film: Mixed Blessings, Earth: Final Contact, Blue Murder, Spinning Out Of Control, Sirr Parker, Hiding, Mentors, and I Think I Do.