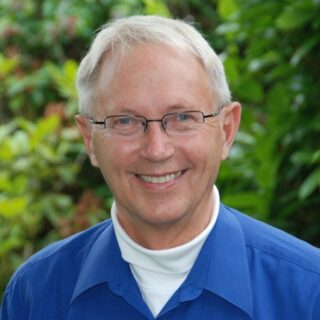 Robert Heidbreder was born on the wet, muddy banks of the Mississippi River in 1947 and in 1970 he moved to the wet, misty skies of Vancouver B.C. to pursue his degree in Classical Languages.

In 1975 he became a Canadian citizen and he completed his teaching degree at University of British Columbia. Soon after he started teaching primary children in Vancouver, he began writing because he wanted the children in his class introduced to a liveliness of language that matched their natural bounce, energy, imagination and playfulness.

His first book, Don’t Eat Spiders, was published in 1985 and his newest book