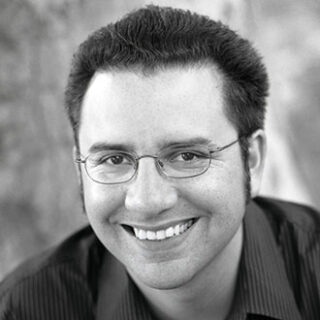 2017 Writer in Residence Richard Van Camp is a proud member of the Dogrib (Tlicho) Nation from Fort Smith, Northwest Territories. An internationally renowned storyteller and best-selling author, he is also a writer of multiple talents, with baby books, children’s books, comic books, graphic novels and films all to his credit. His work has been translated into a variety of indigenous languages and adapted for the screen.

He wrote for CBC’s North of 60 television show under their Writer Internship Program and was a script and cultural consultant with them for four seasons. He has taught Creative Writing at the University of British Columbia, worked as a Creative Writing and Storytelling instructor with the Emily Carr Institute and was the Writer in Residence at the University of Alberta for 2011 and 2012, and at MacEwan University in 2013 and 2014.

Richard is currently shooting the movie Three Feathers in his hometown, in each of the official languages of the South Slave Region: Dene, Bush Cree, South Slavey and English. You can visit Richard on Facebook, Twitter or at his website: www.richardvancamp.com.