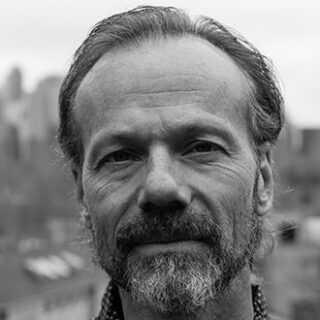 Richard Harrison’s eight books include the Governor General’s Award–finalist Big Breath of a Wish, and Hero of the Play, the first book of poetry launched at the Hockey Hall of Fame. He teaches English and Creative Writing at Calgary’s Mount Royal University, a position he took up after being the Distinguished Writer-in-Residence at the University of Calgary in 1995. His work has been published, broadcast and displayed around the world, and his poems have been translated into French, Spanish, Portuguese and Arabic. In On Not Losing My Father’s Ashes in the Flood, Richard reflects on his father’s death, the Alberta Flood and what poetry offers a life lived around it.