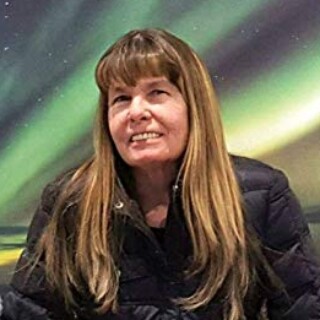 pj johnson was formally invested as the Yukon’s first Poet Laureate on Canada Day, 1994 by Yukon Commissioner Kenneth McKinnon during a ceremony held in Whitehorse at Rotary Park. Sometimes called “the Raven Lady”, johnson’s personal symbol of office is a locally carved ‘Talking Stick’, adorned with a northern raven and a beaver. The raven was chosen to reflect the Yukon’s official territorial bird and the beaver as an official symbol of Canada.

The daughter of a Yukon trapper, johnson is also a singer/songwriter, actress, playwright, and storyteller with a passion for sharing the beauty, history, and excitement that is the Canadian North.