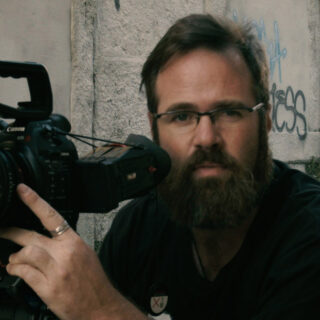 Michael B. MacDonald is an award-winning filmmaker, ciné-ethnomusicologist, and associate professor of music in the MacEwan University Faculty of Fine Arts and Communications in Edmonton, Alberta, Canada. His research areas include screen production research, ethnographic film theory, and ciné-ethnomusicology. Michael is the founder and programme chair of the MusCan Film Series, held annually at the Canadian University Music Society annual conference, and is an active member of the International Council of Traditional Music Study Group on Audiovisual Ethnomusicology, an NGO that reports to UNESCO. He has published seven films and three books and is currently working on two ethnomusicological films set in Portugal, and a book-length project called “Cinéma Musicalité: a Deleuzian encounter with the music films of Les Blank”.