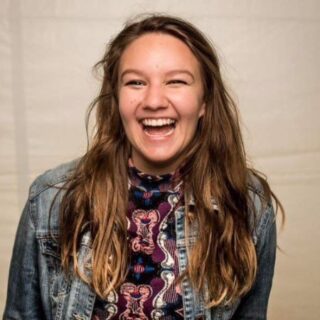 Megan Keirstead’s powerful voice and story-like lyrics take you on a new journey with every song. Megan first turned to songwriting to help overcome the loss of her grandma. Megan caught the songwriting bug with a vengeance, and has written and performed many of her own songs. Her sets also include covers from many artists who influence her writing, from Stevie Wonder to Amy Winehouse and everything in between.

Megan has learned a lot about writing and performing with March Music and the School of Song. With the help of Rhea March and many mentors involved in the Edmonton music scene, she has branched out to perform all over the city. You’ll find her in cafés, at festivals, Alberta Culture Days, and wherever else she can share her love of music.

Her first EP, recorded with Peter Stone at The Bird-Shop, is titled Spanish Banks and is due to be released on May 25, 2014.