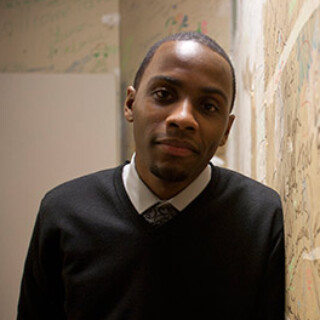 Arlo Maverick (Marlon Wilson) is an Edmonton-based hip-hop MC whose sound explores Jazz, Reggae, and Soul yet identifies itself as hip-hop. Influenced by his uncle’s multi-genre record collection which ranged from country western, funk, gospel to soul, Maverick’s sound is a reflection of his diverse and rich musical upbringing.

Originally MCing under the handle of PA Brando, Maverick later adopted the moniker of Arlo Maverick to represent his non-conformist approach and his ideological independence in music. He places much emphasis on lyrics and storytelling.

Not only is Maverick one fourth of one of Edmonton’s most successful and respected hip-hop acts – Politic Live – he is also a campus radio DJ, journalist, community activist, youth mentor, spoken word poet, entrepreneur, actor and photographer.
Arlo Maverick has also made a name for himself through his ongoing collaborations with acts like 2010 ECMA Nominee Shiest, 2009 Juno Nominated reggae band Souljah Fyah and his own off-shoot super group Mahogany Public which received a Western Canadian Music Award Nomination for their debut album, JALI Volume 1. More info here.