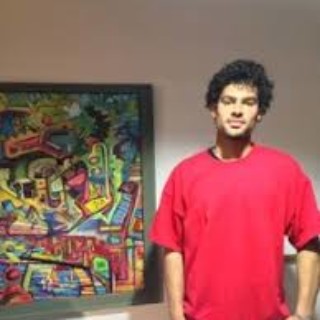 Lorien Maheu was born in Maui, Hawaii in June of 1988. Five years later he moved to British Columbia with his mother and brother and grew up in Nelson, B.C. He credits his mother, a photographer and collage artist who infused his childhood with art, and his grandmother was also a painter.

His work has appeared in Five Artists, One Love and the Whyte Avenue Gallery Walk. He draws inspiration from the beauty of nature and its bright vivid colors. He says he has been inspired by many artists. “But the ones who have gone off in their own direction, (against the grain) have been the ones who have had a lasting effect on me. Whatever is knocking at the door in my head to come out, now comes out. It’s called cREaTiVity!!” More →