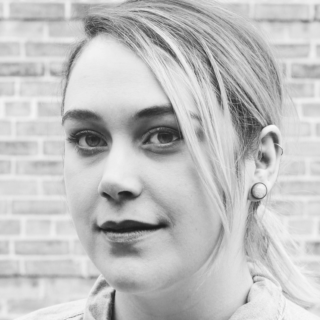 Lauren McKeon’s critically acclaimed first book, F-Bomb: Dispatches from the War on Feminism, was a finalist for the Kobo Emerging Writer Prize and was selected by the Hill Times as a book of the year and by the Feminist Book Club as one of their top five feminist books ever. McKeon is the winner of several National Magazine Awards, including a Gold in the Personal Journalism category. Her writing has appeared in Hazlitt, Flare, Chatelaine, and Best Canadian Essays, on TVO.org, and in the book Whatever Gets You Through: Twelve Survivors on Life After Sexual Assault. McKeon has taught long-form writing at Humber College and holds an M.F.A. in Creative Nonfiction from the University of King’s College. She was the editor of This Magazine from 2011 to 2016 and the digital editor at The Walrus from 2017 to 2020, and she is currently a contributing editor at Toronto Life and the deputy editor of Reader’s Digest.