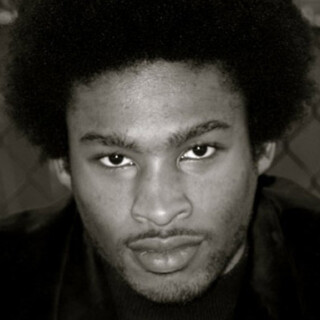 Kevan Anthony Cameron, also known as Scruffmouth is a scribe, spoken poet, performer and proud co-editor of The Great Black North. He is a veteran of the poetry slam scene in North America and aims to “edutain” with his work that focuses on knowledge of self, identity and vocalizing the stories of people of African descent at home and abroad. Kevan was born in Edmonton Alberta to Jamaican parents. He received his bachelor’s degree in General Studies from Simon Fraser University.

His poems have been published in We Have A Voice: An Anthology of African and Caribbean Student Writing in BC; Blood Ink: A University of Alberta Literary Journal, and Sudden Thunder: Spring 2011 Anthology. He has appeared on the ABC Family Television Movie Event Fallen, the Universal Pictures feature film, Love Happens, and the Mostly Harmless Productions internet web series, _White Collar Poet_.  Scruffmouth is working on his debut album of spoken word and dub poetry to be released in 2012.

As creative director for Black Dot Roots and Culture Collective (BDRCC); Kevan is responsible for the education of young people and adults through the spoken word, the creation of original forms of artistic expression and the celebration of the heritage of peoples of African descent. He has also contributed to the boards of the Black Canadian Studies Association as the elder youth representative and Spoken Word Canada as the Vancouver representative. He facilitates workshops with BDRCC and the WordPlay: Poetry in the Classroom program of the Vancouver Poetry House.