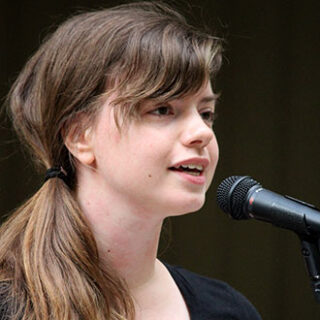 Kayla Czaga is the author of For Your Safety Please Hold On (Nightwood Editions, 2014), which won The Gerald Lampert Memorial Award and was nominated for The Dorothy Livesay Poetry Prize and The Governor General’s Award for Poetry. Her chapbook Enemy of the People, which explores the USSR under Stalin, was released in September 2015 by Anstruther Press. She lives in Vancouver, BC and serves as the BC/Yukon Representative for The League of Canadian Poets.