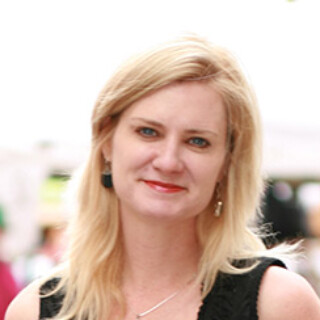 Kath MacLean is a multi media artist and educator living in Edmonton. She writes poetry, creative nonfiction, fiction, critical reviews, performance poetry, drama & film and has performed her work throughout Canada and the United States. The most unusual and challenging location, however, remains an old WWII bomb shelter on a mountainside in Slovakia she visited as a guest of the Katherine Mansfield Society in the spring of 2012.

Her most recent work is Kat Among the Tigers (2011), poetry based on the journals & correspondence of Katherine Mansfield, & its accompanying poetryvideo, Doo-Da-Doo-Da, which won her the “Best of Fest” at its first national & international screening. Inspired by the writing of Robert Kroetsch, MacLean’s poetry was short-listed for the Robert Kroetsch Innovative Poetry Award in 2012, the same year she received the inaugural Anne Green Award for her excellence & innovation in film, poetry, & performance. Last winter she was WIR at the Mackie House for Kalamalka Press, and this year she has been awarded a writer in residency at the Al Purdy House in Ontario.

This summer MacLean debuted her new videopoem, The Language of Desire, from her earlier CD of performance poetry, Seed Bone and Hammer (2009) at Visible Verse in Vancouver. In the fall, she shared excerpts from her new manuscript in progress, When Night Comes Riding, a book of creative nonfiction, about the arrival of Spanish flu in Edmonton and Toronto in 1918. A who done it, MacLean explores the myth of Edmonton’s urban legend, Miss Felicia Graham, Westmount Junior High’s infamous ghost. Was Felicia murdered by Bluebeard, a serial killer living close by, or did she take her own life and jump from the bridge? You’ll want to know, but you’ll have to wait.

MacLean’s latest work in progress takes her again back in time to both New England and to Europe during WWI and WWI as Modernist poet, H.D. recalls her memories of Imagism, her relationship with Pound, and her fears about the wars during her new and experimental psychoanalytical sessions with Freud in Vienna during the early 1930s.

Plagued in recent months by ill health, MacLean has had to learned to walk and to breathe again and hopes now the worst of it is over and she can turn her energies again to writing. Keep your fingers crossed. Kathmaclean.com.