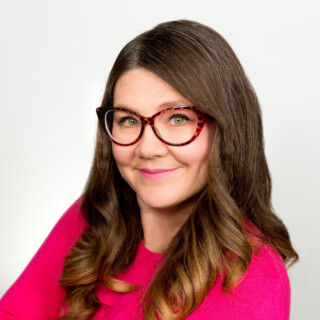 As the daughter of an artist and a journalist, Kasia is drawn to the symbiotic relationship between words and images, and enjoys mixing poetry with visual art, collage, and photographs. Her work is confessional in nature and draws on her experiences of sex, love, heartbreak, loss, grief, anger, and human relationships.

Kasia’s poetry practice dates back to her high school years. She discovered an interest in creative writing performance during her time as a student at the University of Alberta, where she majored in English Lit. She was a contributor to Fait Accomplit, the Comparative Literature Students Association magazine, and was also active in their poetry slam nights. After graduating from U of A, Kasia pursued a career in marketing communications and website development. Kasia renewed her interest in Edmonton’s creative writing scene when she and Jason Lee Norman founded the Words with Friends (aka yegwords) creative writing collective in the summer of 2011. She released her self-published retrospective poetry collection, the mourning after, in October of the same year.