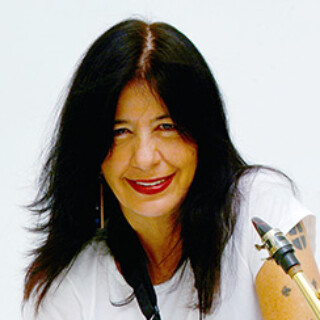 Joy Harjo was born in Tulsa, Oklahoma and is a member of the Mvskoke Nation. She just published her memoir, Crazy Brave, detailing her journey to becoming a poet.

Her seven books of poetry, which includes such well-known titles as How We Became Human – New and Selected Poems, The Woman Who Fell From the Sky, and She Had Some Horses have garnered many awards. These include the New Mexico Governor’s Award for Excellence in the Arts, the Lifetime Achievement Award from the Native Writers Circle of the Americas; and the William Carlos Williams Award from the Poetry Society of America. In 2009 For A Girl Becoming was published.

She has released four award-winning CD’s of original music and in 2009 won a Native American Music Award (NAMMY) for Best Female Artist of the Year for Winding Through the Milky Way. Her most recent CD release is a traditional flute album: Red Dreams, a Trail Beyond Tears. She performs nationally and internationally with her band, the Arrow Dynamics.