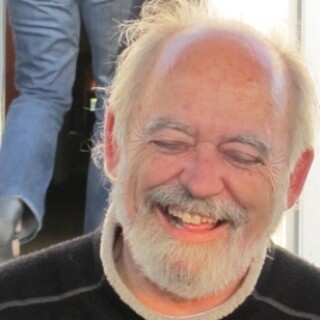 John Lent has been publishing poetry, fiction and non-fiction nationally and internationally for the past thirty years. His work has appeared in various issues of: The Malahat Review, Event, West Coast Line, NeWest Review, Grain, Prairie Fire, CV2, The New Quarterly, This Magazine, The Canadian Forum, Matrix, Waves, Fiddlehead, The Antigonish Review. He has published eight books of poetry and fiction and a book of conversations with Robert Kroetsch about the writing life, called Abundance. His last novel, So It Won’t Go Away, was short-listed for the BC Book Prizes in 2005, and Thistledown Press released a volume of Lent’s poems called Cantilevered Songs in 2009 that was long-listed for the Re-Lit Award that year. A novel called The Path To Ardroe will be released by Thistledown Press in the spring of 2012.

John Lent has read his from his work in France, England and the USA, and has given Canada Council Readings of his work across Canada over the past twenty-five years, most recently in Winnipeg, Saskatoon, Regina, Edmonton, Calgary and Victoria. Lent has taught Creative Writing & Literature at various institutions in this country for the past forty years, and has, most recently, taught at The Sage Hill Writing Experience and The Victoria School of Writing. He has been writer in residence at Red Deer College and a resident writer at The Wallace Stegner House and The Leighton Artists Colony at The Banff Centre For The Arts. His most recent novel, The Path To Ardroe, is a novel that has taken over a decade to write and surfaces from experiences Lent had living in Strasbourg, France, in 1988, and Edinburgh, Scotland, in 1995.

Lent lives in Vernon, BC, with his wife, the artist Jude Clarke, and plays in The Lent/Fraser/Wall Trio, a jazz and roots group. He is one of the founders of Kalamalka Press and The Kalamalka Institute For Working Writers, and though he has taught Creative Writing and Literature classes for years, and served as the Regional Dean, North Okanagan, for Okanagan College, for the past five years, John Lent is currently, and happily, retired.