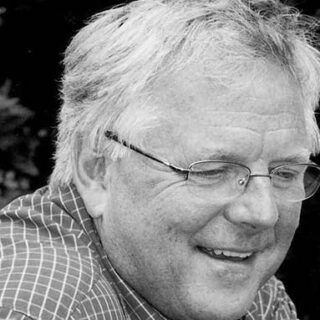 John B. Lee was appointed Poet Laureate of Brantford in Perpetuity in 2004 and Poet Laureate of Norfolk County (2011-2014).  The author of over seventy published books, his work has appeared internationally in over five hundred publications.  He lives in a lakeside house in Port Dover on the shores of Lake Erie.  His latest books are You Can Always Eat the Dogs: The Hockeyness of Ordinary Men, (a memoir, Black Moss Press, 2012); An Unfinished War: poems and stories on the War of 1812 (Black Moss Press, 2012), and Let Us Be Silent Here, (Sanbun Publishing, 2012).