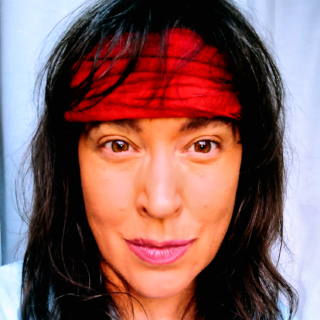 Jennifer Reeser is the author of six collections. Her most recent is Indigenous from Able Muse Press. She is a biracial writer of Anglo-Amerindian ancestry, Native through both parents. Her family is part of the Cherokee Nation in Indian Country, Oklahoma, her own former home. She speaks the Cherokee language, having studied it from Native speakers of the tribe, including the tribe’s head linguist, Dr. Durbin Feeling, and translator and teacher, Sam Hider. Her translations of Cherokee and various Indigenous languages have appeared in such publications as Rattle, Life and Legends, The Orchards Poetry Journal, and IthacaLit. Her website is jenniferreeser.com.