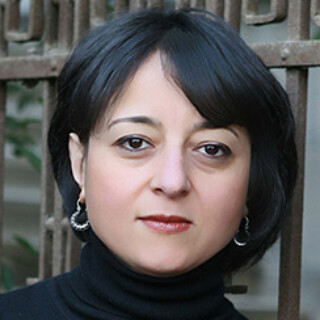 Egyptian poet Iman Mersal is the author of five books of poetry in Arabic, published between 1990-2013. She has served as an editor of the cultural and literary reviews Bint al-Ard and Adab wa Naqd in Egypt, for several years, before leaving to North America. Mersal moved to Boston in 1998, and then to Edmonton, Canada, where she is currently an associate professor of Arabic literature at the University of Alberta. She was an EUME Fellow at the Forum Transregionale Studien, Berlin, 2012-13.

Translations into English of her poems appeared in Paris Review, American Poetry Review, The Kenyon Review and Michigan Quarterly Review. A selection from Mersal’s poetry, These Are Not Oranges, My Love, translated by the poet Khaled Mattawa, was published in 2008 (Sheep Meadow). Her poems have been translated into numerous languages, including Spanish, French, Italian, Hebrew and Hindi. Forthcoming in 2014 from Dar al- Tanweer (Cairo & Beirut) is Images of America in Arabic Travel Literature (in Arabic), based on her 2009 dissertation from Cairo University