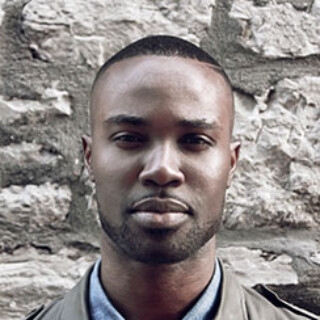 In the seven years he has been performing, he has toured all across Canada, the United States and in Europe, featuring in many high-profile shows and festivals, like Hullabaloo, The Calgary Spoken Word Festival, Verses Festival of Words, Vancouver Island Music Festival, South Country Fair and North Country Fair. As a member of the nationally-acclaimed four-member spoken word troupe, The Recipe, Ikenna further honed his craft, opening for such acts as K-OS, The Hypnotic Brass Ensemble and alongside 2-time Grammy winning Hip-Hop recording group Arrested Development. His work focuses on utilizing performance to get into the crux of varying life circumstances in order to challenge audiences to engage critically through a vast spectrum of emotions.

As an arts educator, Ikenna has facilitated countless spoken word workshops across Canada for youth and adult poets alike. His work as the founder and artistic director of Canada’s National Youth Spoken Word Poetry Festival, YOUTHCANSLAM, in particular, has enabled him to directly impact the lives of many of the country’s budding youth poet voices by providing a national platform upon which they may share their stories and ideas and also have the opportunity to be mentored by some of the country’s most successful and well-established poets.

As a writer, Ikenna has written hundreds of poems and has been featured in two national anthologies: Letters to a Future Church: Words of Encouragement and Prophetic Appeals (2011) and The Great Black North: Contemporary African Canadian Poetry (2013).