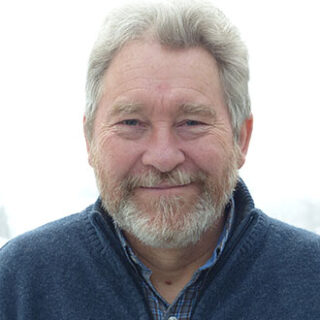 Harold Rhenisch is the author of 12 full length books of poetry, most recently The Spoken World (Hagios 2012) and Two Minds (Frontenac House, 2015), which came out of the experience of two pilgrimages on the The Old Salt Road in 2008 and 2010. He has written 16 other books of memoir, literary nonfiction, environmental writing, fiction, translation and essay. His Out of the Interior and Tom Thomson’s Shack, which adapt the long poem form to prose memoir, are classics. He has earned the George Ryga Prize, four B.C. Book Prize nominations. He has edited many prominent poetry books, especially from the prairies. He reviews poetry titles for Arc and The Pacific Rim Review of Books, and has earned a reputation as a go-to editor for nonfiction memoirs that bridge genres, including Phyllis Nackomeckny’s Vidh, Lorne Dufour’s Joseph’s Prayer and Vangie Bergum’s Bestamor and Me. He has won the Malahat Review long poem prize (twice), a CBC Poetry Prize, an ARC poem of the year prize, and other national and regional prizes for poetry, book reviewing and playwriting. He works closely with environmental photographer and publisher Chris Harris and writes (and photographs) the environmental blog okanaganokanogan.com. In 2013, he was writer in residence at the Klaustrid Cultural Centre in Skriduklaustur, Iceland. His experience on three journeys throughout Iceland, in three seasons, forms his illustrated poetic essay on the art of the book in the age of images, The Art of Haying. Harold lives in the Okanagan Valley in the grasslands of British Columbia.