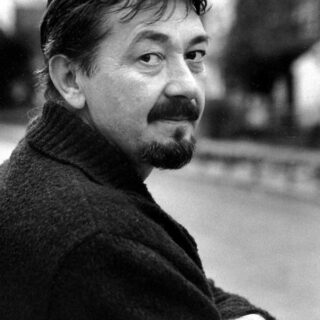 Goran is Edmonton’s current Writer in Exile. He was born in Bosnia-Herzegovina and his poetry, essays and reviews have appeared in all of the prominent journals of Bosnia-Herzegovina, Croatia, and Serbia, as well as prestigious publications such as The Times Literary Supplement, The Paris Review, and Salmagundi.

He came to Canada after the Bosnian war of 1992-95, and has been a Senior Resident of Massey College, University of Toronto; Writer-in-Exile at the Banff Centre for the Arts and Writer-in-Residence at the University of Guelph. His poems have been translated into more then 12 languages, and included in several world anthologies, such as Scanning the Century (Penguin, 2000) and Banned Poetry (Index of Censorship, 1997), as well as in numerous anthologies in Canada and the former Yugoslavia. His most recent book, The Sunrise in the Eyes of the Snowman, is his first to be written in English.

Goran will be part of Words and Wine: A Tasting.