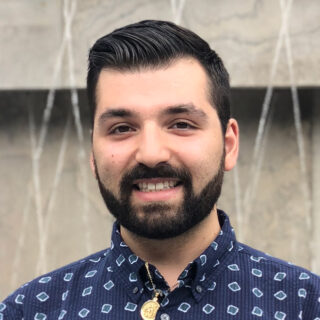 Gianmarco Visconti is an Ismaili poet from Edmonton. He was awarded the Glass Buffalo English Poetry Prize in 2016 and his poetry has appeared on buses and trains around Edmonton. In 2015, he received the Canadian Library Association’s Student Article Award for his research examining the role of public libraries in creating inclusive spaces for LGBTQ Muslim youth. He is also a longtime producer of Adamant Eve, Edmonton’s only feminist news radio show on CJSR FM.