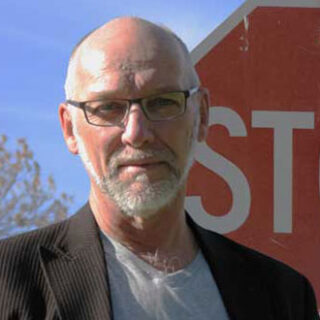 Gerald Hill has published six poetry collections — two of which won Saskatchewan Book Awards for Poetry. His latest collection, Hillsdale Book, came out with NeWest Press in April, 2015. Two sub-sets of that book were published in 2012: Hillsdale, a Map, produced with designer Jared Carlson, and Streetpieces, a chapbook produced by David Zieroth at The Alfred Gustav Press in Vancouver. Also in 2015, Hill published A Round for Fifty Years: A History of Regina’s Globe Theatre with Coteau Books. Widely published in literary magazines and online journals, active as both organizer of and participant in workshops and readings, conferences and courses, and winner of Second Prize in the 2011 CBC Literary Awards, Gerald Hill is newly retired from his career teaching English and Creative Writing at Luther College at the University of Regina. In the fall of 2015 he was Doris McCarthy Artist-in-Residence at Fool’s Paradise in Toronto. He is the current poet laureate of Saskatchewan.