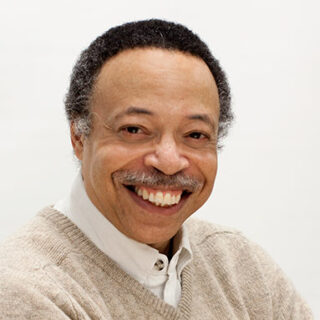 His opera Beatrice Chancy, with music by James Rolfe, has had four stage productions and a broadcast on CBC television. This powerful opera about slavery in the Nova Scotia of the early 1800s won great reviews and enthusiastic audiences. He wrote the screenplay for the feature film, One Heart Broken Into Song (Dir. Clement Virgo, 1999). The verse play, Whylah Falls, was staged in Venice in Italian (2002). Clarke continues to publish poetry with Provençal Songs (1993 & 1997), Gold Indigoes (2000), Blue (2001) and Illuminated Verse (2005). His E_xecution Poems_ (2001) won the Governor General’s Award for Poetry.

He was born in Windsor, Nova Scotia in 1960, a seventh-generation Canadian of African-American and Mi’kmaq Amerindian heritage. His seemingly endless distinctions include a National Magazine Gold Medal for Poetry (2001), appointment to the Order of Canada (2008), and eight honorary doctorates.