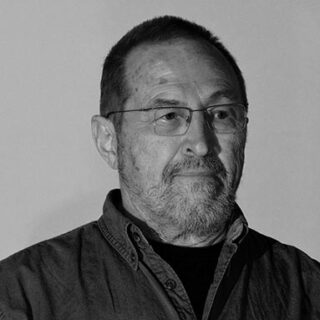 Fred Wah was born in Swift Current, Saskatchewan in 1939, but he grew up in the West Kootenay region of British Columbia. After teaching in the Kootenays and at the University of Calgary, he now lives in Vancouver. He was one of the founding editors of the poetry newsletter TISH in the early 1960s, instigated the writing program at David Thompson University in Nelson, and has been involved since the mid-80s with the Kootenay School of Writing. He has published a number of books of poetry, and his biofiction, Diamond Grill, has been a popular text in the study of racialized writing. A collection of critical writing, Faking It: Poetics and Hybridity (2000) was awarded the Gabrielle Roy Prize for Writing on Canadian literature. Recent books of poetry include Sentenced to Light, is a door, and a selected edited by Louis Cabri titled The False Laws of Narrative. He is Canada’s current Parliamentary Poet Laureate.