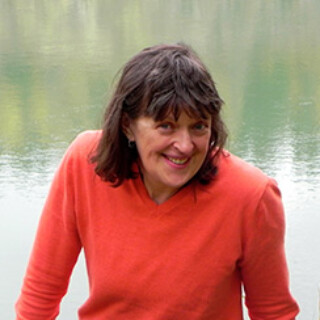 Montreal poet Erín Moure has published seventeen books of poetry in English and Galician/English, and thirteen volumes of poetry translated from French, Spanish, Galician and Portuguese into English, by poets such as Andrés Ajens, Nicole Brossard, Rosalía de Castro, Louise Dupré, and Fernando Pessoa. Her work has received the Governor General’s Award, the Pat Lowther Memorial Award, the A.M. Klein Prize, and has been a three-time finalist for the Griffin Prize. Moure is currently revising the bilingual French/English impossible play Kapusta, a sequel to The Unmemntioable, and is translating Chus Pato’s Carne de Leviatán into English as Flesh of Leviathan. She is also working on a new book of poems called The Elements, and on a translation of Wilson Bueno’s Mar Paraguayo. Her latest book is titled Secession by Chus Pato with Insecession by Erin Moure. Follow her on Twitter: @erinmoure.