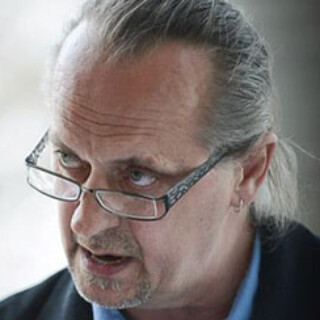 Edin Viso was born in Croatia. He emigrated to Canada 2004. His prose and poetry has published in numerous magazines in Canada, Italy, France. Span, Sweden, Malta and the former Yugoslavia. Edin published two books of prose and poetry in English: BALKAN TATTOO and QUATRO STADGIONI. Recently working on new book NAKED. In 2011 he founded the literary publishing house REC. FACTORY.

Edin is a poet and writer, a great supporter of the Arts and survivor of the Balkan wars in the 1990.
He has rededicated his life in many ways since coming to Canada, as a philanthropist and as an artist
publishing gut- wrenching, profane, beautiful and genuinely funny insight into life and what it means to be a human. Preoccupied and concerned about pollution, the way we are destroying our planet, global warming, the rise of terrorism, escalating fascism, and preparing a terrible future for next generation.