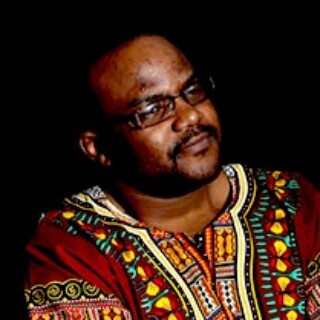 Dumi Senda is a poet, activist and humanitarian of Zimbabwean origin living in England. Over the years he has shared the stage with world leaders including government ministers, ambassadors, Members of European Parliament and a CNN hero of the year.

He has performed throughout the UK in support of various charitable causes including Save the Congo, Haiti Earthquake Disaster, Pakistani Hope and Zimbabwe the Forgotten Children. Passionate about education and youth enlightenment, Dumi has done workshops for schools and community groups in many parts of the world. In 2010 he was nominated to join a select group of educators in the arts on a specialist training programme run by the Royal Philharmonic Orchestra and other leading experts in workshop delivery.

Dumi has been interviewed by the BBC and other leading media and featured on BBC Radio Leicester’s programme “Into Africa.” In 2010 he was the master of ceremonies at an event to commemorate the 200th anniversary of Frydryk Chopin’s birth. An Ambassador of Youth Leadership Project Africa and founder of the St Albans Africa Association, Dumi Senda is well known for his community building and has earned the name “Voice of the Voiceless.”

Dumi will be taking part in African Poetry Night and the Festival’s School Program.