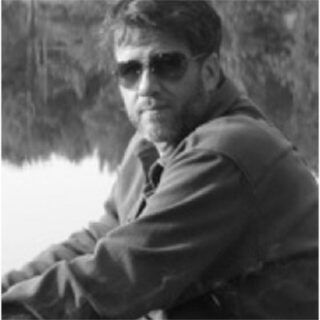 Darrin Hagen is an award-winning playwright, composer and drag artiste. He is the author of The Edmonton Queen, which won a Sterling Award and was published in book form by Brindle & Glass Publishing. Darrin is the Artistic Director of Guys In Disguise, which recently celebrated a quarter-century of creating drag comedies that have toured across North America. He has received 7 Sterling awards for his work in the Edmonton theatre scene. Other plays by Darrin include Buddy (nominated for Outstanding New Play); With Bells On (nominated for Outstanding New Play); BitchSlap!; The Neo-Nancies: Hitler’s Kickline; Tornado Magnet: A Salute to Trailer Court Women (published by Brindle & Glass); and Witch Hunt at the Strand.

With his collaborator Trevor Schmidt he has created PsychoBabble, Dragula, Klondykes and Flora & Fawna’s Field Trip (winner of the Sterling Awaard for Outstanding New Fringe Work).

Darrin is also the host of Queer Places, an episodic television doc that explores LGBTQ life in small-town Alberta, and has also directed and curated the legendary Loud & Queer Cabaret, which recently had its 20th anniversary, and is the editor of Queering the Way: The Loud & Queer Anthology, a collection of many of the writers that had been mentored by this unique event. In 2005, Hagen was named one of 100 Edmontonians of the Century. To the best of his knowledge, he’s the only Drag Queen on that list.