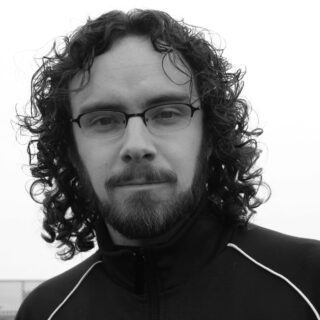 Daniel is the author of Predicting the Next Big Advertising Breakthrough Using a Potentially Dangerous Method (Coteau 2006), which received the ReLit Award for Poetry (2007) and the Anne Szumigalski Poetry Award (2006). His work has appeared in a number of Canadian literary journals and has earned him both an honourable mention at the 2003 National Magazine Awards and a place in the finals of the CBC’s 2005 National Poetry Face-Off. His second book of poetry, The Mourner’s Book of Albums, is forthcoming from Tightrope Books. He teaches creative writing at the University of Toronto, Scarborough.