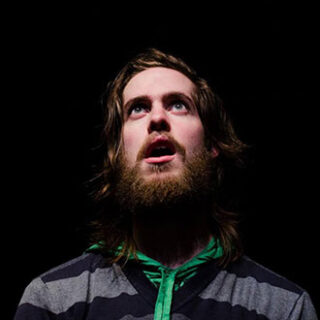 Colin Matty is a writer and performer from Edmonton AB. In 2011 he was a part of the championship team at the Canadian Festival of Spoken Word. He has toured the country with his poetry numerous times, most recently to the Victoria Spoken Word Festival as a member of the All-Star Ensemble. Colin runs Edmonton’s much talked of Poem Shop out of his typewriter, spreading fine verse the the people of our fair city. Colin is also the Director of WordsWorth, a creative writing residency for youth under the Writers Guild of Alberta, and performs regularly with Rapid Fire Theatre, Edmonton’s longest running improv theatre company.