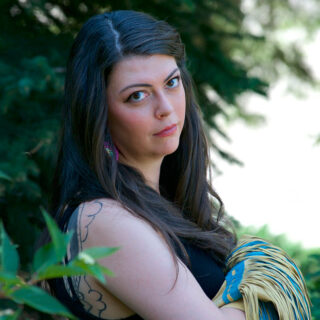 Cobra Collins was was the captain and coach of Calgary’s 2016 Slam team, representing Calgary on a national level at the Canadian Festival of Spoken Word and was a member of Calgary’s Inkspot Spoken Word Collective, home of Calgary’s official poetry Slam. Cobra has participated in several Nationwide Spoken Word festivals, as well as collaborated with artists of different backgrounds for dance (Fluid Movements Arts Festival) and performance festivals (IKG 1 ! Live Performance Festival). Cobra was also honoured to be shortlisted as a nominee for Calgary’s 2016 & 2018 poet laureate. Cobra, above all things, truly believes that our words can change us.