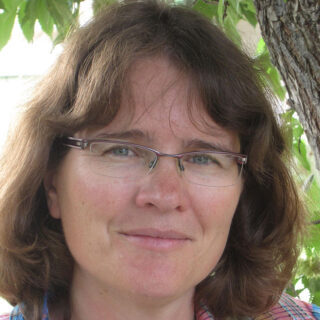 Astrid Blodgett’s short stories have appeared in The Journey Prize Anthology, Meltwater: Fiction and Poetry from the Banff Centre for the Arts, and several Canadian literary magazines. She was short-listed for the Writers’ Guild of Alberta Howard O’Hagan Award for Short Story, and her collection, You Haven’t Changed a Bit, was long-listed for a ReLit Award, a runner up for the Danuta Gleed Literary Award, and a finalist for the High Plains Book Award for Short Stories. She writes an occasional poem every few years.

E.D. Blodgett (1935–2018) published numerous books of poetry as well as literary history and translations. He was Distinguished University Professor Emeritus of Comparative Literature at the University of Alberta. His books won the Governor General’s Award twice, for poetry and translation. From 2007 to 2009 he was Edmonton’s Poet Laureate.