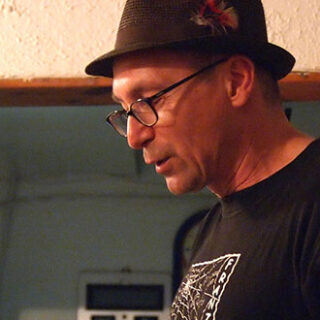 Armand Garnet Ruffo is a writer and scholar drawing on his Anishinaabe (Ojibway) heritage for his work. Born in northern Ontario, he is recognized as one of the earliest contributors to both contemporary Indigenous literature and Indigenous literary criticism in Canada. In 2016, he co-edited Introduction to Indigenous Literary Criticism (Broadview Press). In 2015, he published The Thunderbird Poems, based on the paintings of the acclaimed Ojibway artist Norval Morrisseau (Harbour Publishing), and that same year his creative biography Norval Morrisseau: Man Changing Into Thunderbird (Douglas & McIntyre) was nominated for the Governor General’s Literary Award. He is currently the Queen’s National Scholar in Indigenous Literature at Queen’s University in Kingston.