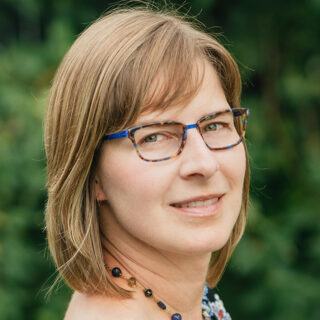 Angeline Schellenberg’s first collection Tell Them It Was Mozart (Brick Books, 2016) won the Lansdowne Prize for Poetry, the Eileen McTavish Sykes Award for Best First Book, and the John Hirsch Award for Most Promising Manitoba Writer. Her work placed second in 2016 and third in 2014 in Prairie Fire’s Banff Centre Bliss Carman Poetry Award Contest, and was shortlisted for Arc Poetry Magazine’s 2015 Poem of the Year. Her poems have also appeared in numerous journals such as TNQ, Grain, and Lemon Hound, and in the 2015 Alfred Gustav Press chapbook Roads of Stone. Angeline lives in Winnipeg with her husband, their two teenagers, and a German shepherd-corgi.