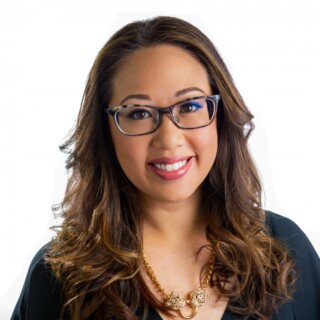 Adrienne moved to radio after six years anchoring CBC Edmonton TV News at 6 in her hometown, and 15 years in television news. Previously, she worked in Winnipeg from 2003 until 2011. During this time she worked as a TV and radio reporter at CBC Manitoba, and launched the late night newscast as Host/Producer. She also did reporting and hosting for Global Winnipeg. Before that, she worked for Global in Lethbridge and for A-Channel in Edmonton.

One of Adrienne’s proudest moments is winning the national Radio Television News Directors Award in the Best Long Feature category for her documentary Saving Grace: The Harry Lehotsky Story. Lehotsky, a fierce advocate for Winnipeg’s disadvantaged, devoted his life to helping others and improving his challenged neighbourhood. The 49-year old was diagnosed with terminal pancreatic cancer in May 2006, and died that Remembrance Day. During that six-month period, Lehotsky and his family gave Adrienne unlimited access to their lives. His courage and incredible accomplishments inspired everyone who met him.

Adrienne Pan considers herself a huge foodie, and spends much of her free-time checking out the ever increasing number of places to eat and drink in Edmonton.

She also loves travelling whenever she gets the chance, recently exploring Iceland and Panama. She lived in Montreal while attending McGill University and the city remains a favourite destination of hers.

Adrienne lives in south Edmonton with her husband Ben. Feel free to say hi while she’s walking her dog, Otis, around the Summerside neighbourhood or at her favourite off-leash park in Terwillegar.